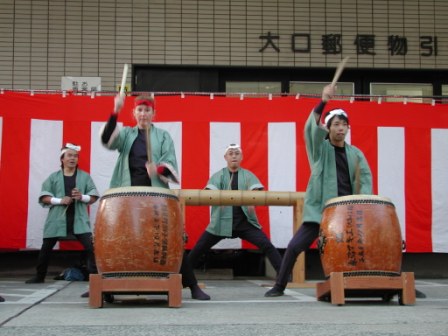 Marijke and her Daimyo Wadaiko partners 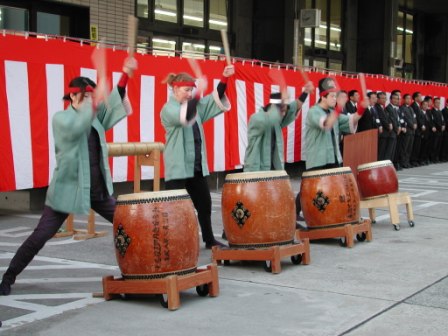 were  asked again to help wake-up the  Fukuoka Post Delivery Men who had to deliver the traditional New Year Greeting cards on the First Day of the New Year. The weather forecast was nicely wrong and it didnt snow  But cold it was indeed.

In October we were able to pack another 6 boxes (each 10kg) of goodies and ship them to people and communities on the .

Thanks to the funds we made on the yearly Orenji dori fleamarket on October 2rd and our friends who helped selling postcards. Unbelievably, they (the postcards) and we are still going. Not as strong as before anymore, but stil We used to send at least 20 boxes a year. Wed get quite a bit of money from slide shows at Lions, Rotary and similar circle meetings, but who wants to look at slides these days?

So this time just the 6. Hey, also the little bits count. 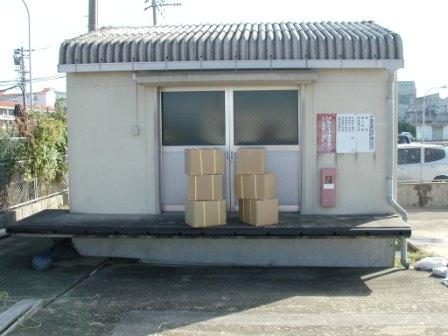 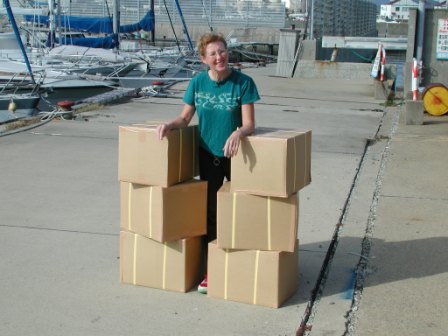 Over the years at least 100 boxes have left this little shed. They were filled with schoolbooks, pens and pencils, clothes, baby stuff, cooking materials, band-aid, soap, toothbrushes andand All help came from friends here in . It was a lot of fun and good for all of us: We improved our Japanese communication skills and the people around us are now aware that there is another world out there with no telephone, TV, transport by air and more of those things-we-take-for-granted 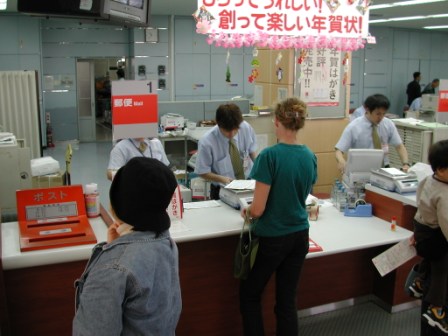 Collecting, sorting and packing is easy.Explaining the Post office man where is, is another story.. ! But after a few hours (!!) he had found the islands and was able to tell us the postal fees.

The 5th was our 25th wedding anniversary and we wanted to do something special, something romantic

So Marijke organized and booked us a trip to , including a couple of days of Jungle Tacking!

Full of departure smiles at Meinohama station in . 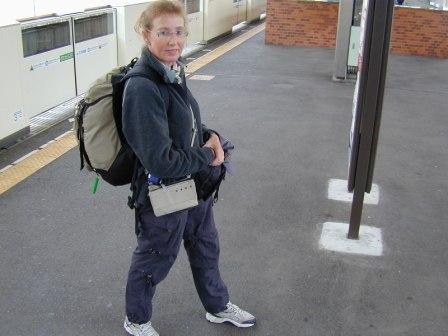 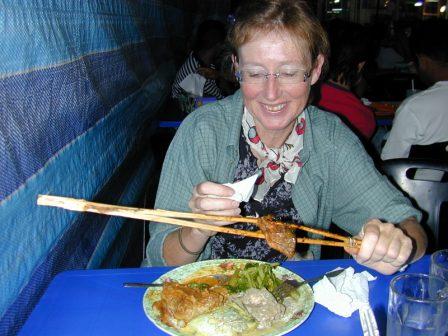 and our first bite of spicy and yummy Malay food. Somewhere at a road stall in .

And here another picture of  a pre-departure smiley face.If only  we had known what would come 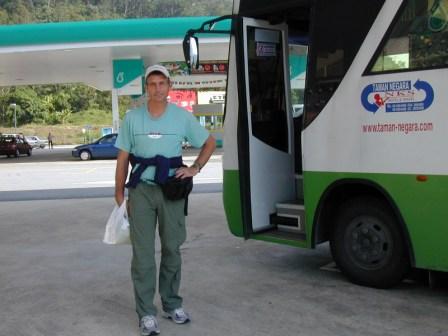 The bus trip to our romantic jungle outing was gonna take 3 hours, non-stop

But at about half way remember that yummy food we had last night?

Wow it came Hot and it left Hot. First it was Japie and 5 minutes later it was Marijke. Luckily the bus driver understood our tummy complains and was so kind to make a couple of emergency stops. We blame it on the fact that our internal systems are too much used to Japanese healthy food.

We had an other 3 hour sit ahead of us on board of one of these longboats, which  would take us into the jungle. 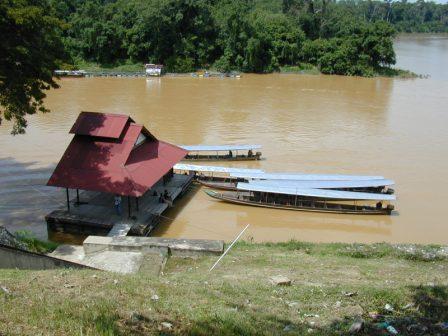 Luckily, our tummies behaved and the need for urgent toilet stops was over by now.

After that 3 hours riverboat race, we arrived at the headquarters of Taman Negara, our kick off point 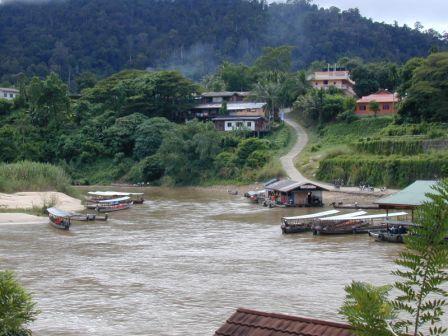 All packed with food and camping gear we arrived at the Department of Wildlife office for our permits, only to find out that due to the start of the rainy season, (it hadnt really rained yet, but it could happen any time) camping in the jungle was a no no. Oh well, it wasnt too hard to get over that disappointment with the alternative of sleeping in a real bed in the village across the river, so we did a couple of day hikes and one overnighter in a hut at a hide.

At this hide near a salt lick we watched out all night and saw a lot of traffic. There was a constant stream of tapir, and some wild pigs, buffalo and deer. And of course the ever hungry jungle rats that crawled over us while we were taking sleeping turns;-))

All this happened at night so, sorry, no tapir pictures, and although Jaap tried hard to shoot (no, not with a gun) a rat nibbling on Marijkes toes, the creature scurried off at the first sign of movement.

Remember the why for this trip??

After the jungle fun, it was back to KL (boat and bus non stop this time), a few hours strolling in the City followed by a late night flight to .

We scored a nice hotel in (remember?) across and in-between the brothels. But we slept soundly for an in unheard-of hotel fee.

And did we enjoy that place. The first day we rented a motorbike (License? Yes. Where? At home. Okay). Drove all over the islands (remember?) stopped at snake temples, fruit gardens, picturesque harbors, butterfly zoos and Starbuckses. 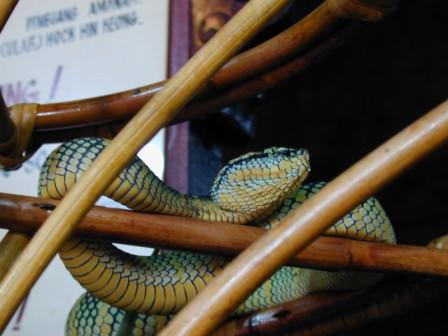 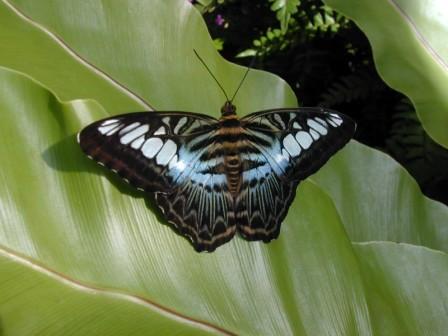 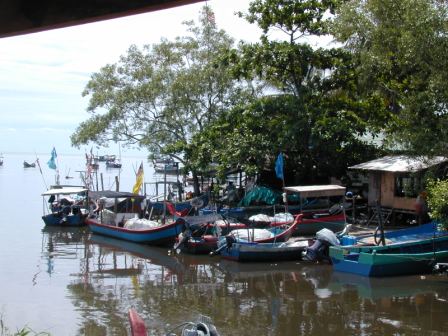 The next morning on November 5th, THE day, 6:30 am was check-in time at a local hospital. Our bodies were well overdue a medical check, especially our skins. Many years of sun exposure way back when we were real cruisers could have started something nasty there. Thanks to the Ramadan holidays we couldnt get in on any other day. The doctor wouldnt start her clinic until 9 am and with a first comes first served system, we decided to spend these most romantic early morning hours in the waiting room, breakfasting on calorie mate bars and vending machine coffee. However, when we left the clinic 4 hours later we had a double reason for celebration, since we were both declared fit and healthy.

for some  Leave Watching  and other funny shots. 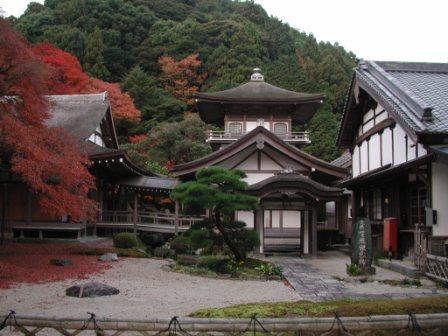 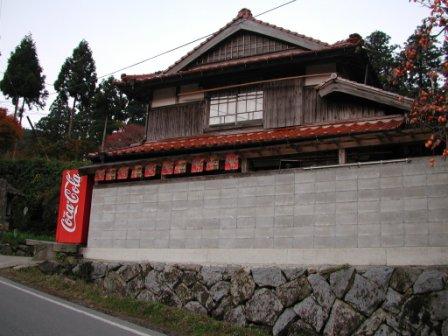 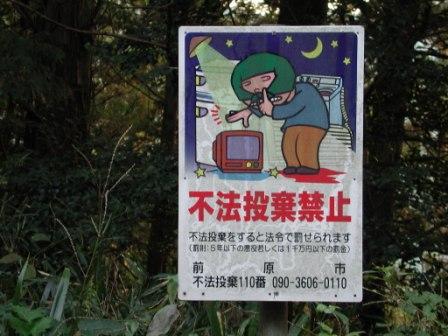 By then it was deep into December, time for Xmas and New Year traditions.

Marijke went to her elementary schools mochi tsuki This event is often held in winter, usually outside and mostly at schools, workplaces or community centers, in the neighborhood with friends or as a family affair. Special mochi rice is cooked and pounded with big wooden hammers in a special bowl until it becomes chewing gum This rice cake is eaten in soup (like potatoes in the soup) or with sweet bean paste. And traditionally it is used as a decoration for the New Year.

Oh yes and we did the Miyazaki Marathon again. Too bad Marijkes blisters and the officials at the 30km point prevented her from finishing. Japie saw the finish line but 42 K was a longggg way this time.

Marijke dried some persimmons in the cockpit. Wow were they yummy! We both love this fruit. Specially the astringent type that becomes sweet when dried. 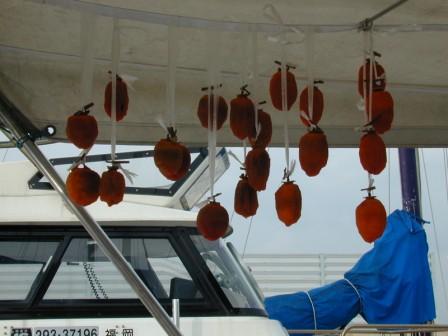 Nori is helping with the Xmas decorations, while Wakame can only think about foooood.

Just to let you see what Japanese politicians say is scientific whale fishing!

Itsthere all over the supermarkets, especially for the New Year festival food tray. 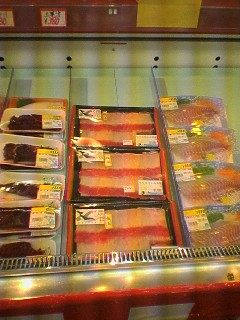 End then it was December 31st. End of a good year. Start of a new one with a lot of noise:

Not many, due to all the hours spend training for the marathon and to our trips.

And to our jobs of course. But we have cooked up a nice long wish list of things we would like to do before Alishan starts cruising.. this year????