.Our New Year in starts as usual with Jaap taking part in the Tamaseseri

This event is held here in Meinohama on Jan3rd by fishermen only and I have been privileged to join them for the last 8 years. A privilege, because it shows how much the fishing society has accepted us as part of them. Most unusual for such a tight Japanese community. Basically, it is a rugby scrum that fights over a huge wooden ball, the Tama. The scrum starts at the fishing harbor (where we are moored) and ends at the Sumuyoshi shrine, about 3 Km down the road. Old legends say that the person to hold this ball and actually put it on the entrance of the shrine will have a lucky fishing year. As you can see on the picture we are not wearing much and to make things worse: Onlookers throw buckets and buckets of COLD water to cool us down. Definitely a must with temps only just above zero. January can be pretty cold  in .

Wow do I love Global Warming.

But afterwards we all take in a long hot soak in the Sento (public bath house) and of course gallons of Sake!

Then its Marijkes Birthday, with a preview of spring!

This plum Bonsai flowers at the end of January, even Wakame and Nori are happy to share the table with this beauty.

The real cold weather showed up late in the season. Nice for some pictures...

For Wakame it was a first, that white stuff.so cold on her feet.

Nori is a tough boy he just loves it.

We too like snow, but NOT at sea level. On top of the mountains its good fun. We went skiing twice, once near and once in . 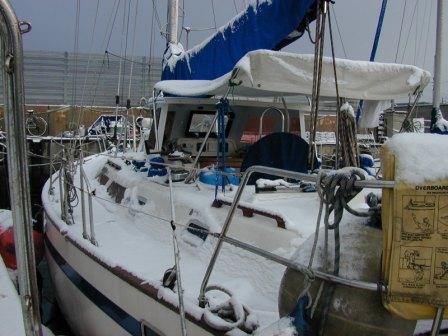 Ski weekend in with our friends, here in a cross country outfit

In March we were asked to attend a wedding.

Of Emi, the daughter of Eiji and Etsuko, who we help out selling fish every Sunday morning at the fish market. The wedding was held at the Evergreen Hotel in Marinoa,

that big shopping complex across the river. The ceremony was colorful, the party too and the food was super. 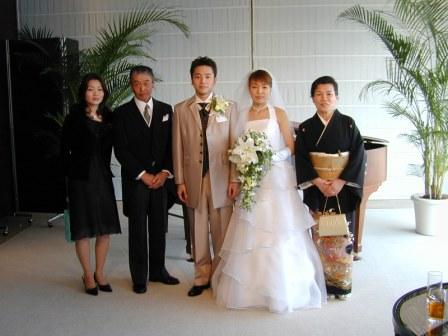 Emi and hubby, papa and mama and sister Mayumi

Like last year, we went to ski resort Rusutsu in the south of .

We were welcomed by a 50cm layer of nice fresh snow and Marijke turned out to be the Queen of the Black Trails.

The first day we skied in the evening until 9 PM. After that the ever so important big long soak in the hot spring. The next day it was up and down and up and down .

Boy did we have fun.

Marijke ready for a down hill runwhere is everybody?

Fresh new snow is waiting for us

And this was dinner!

Then  there was that Earthquake!

And all those aftershocks.

Luckily only a few injuries but the material damage was huge.

Alishan and us suffered only from the mental shock.

From the local newspaper:

A large earthquake measuring a magnitude of 7 on the Japanese scale struck northern at around 10:53 a.m. on the morning of the 20th, killing one and injuring 451. The epicenter of the quake was in the at a depth of nine kilometers on what may have been a previously unknown fault line. Northern Kyushu has not suffered an earthquake of that intensity since 1700, when there was an earthquake near and .

We did only a few boat jobs, but the major one was re-lining the ceiling.

A problem seen on many boats: The leather lining comes off the panels as the glue disintegrates, mainly due to humidity (but also age). When we bought Alishan there was just a little sagging here and there, soon it looked like we had drapes. It didnt look that bad, because all panels had that problem and some people even believed it was mend to look like that. Tell you, it looked good! Until the corners started coming undone

At first we had this job planned for or so ($$ wise)

But it turned out that the owner of the boat next door, mv Rosso,  has a company that does this kind of work and a deal was made. One week later we were looking at our new boat-show-type ceiling! 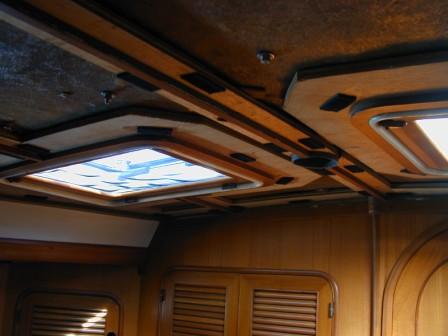 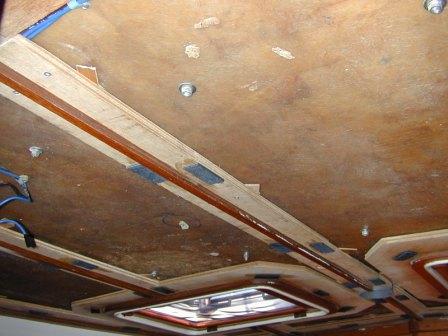 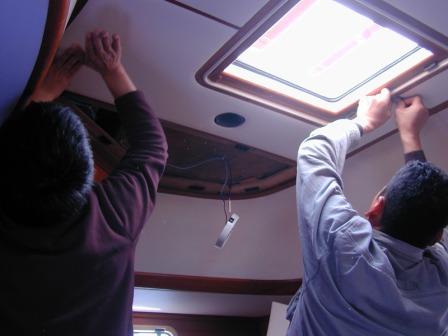 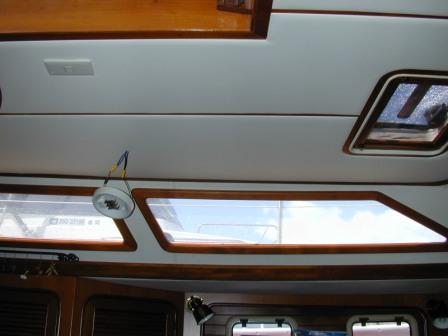 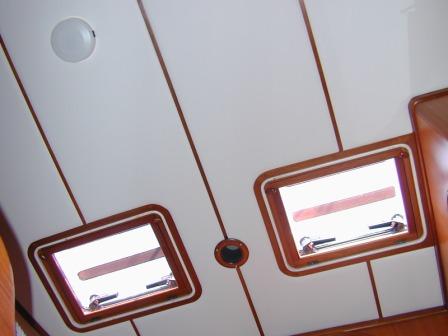 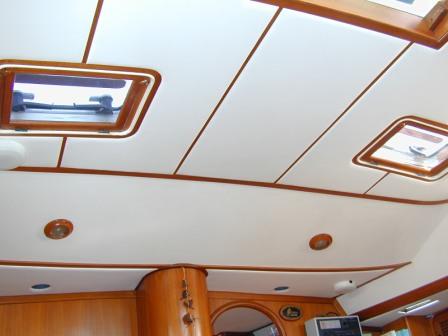 Oh yes, like on all boats we have some pink and some blue jobs.

And then there are Brown Jobs..A blocked toilet.

And why its always me that is sooo handy with tools etc?

On Jan Haring the toilet plumbing was short and easy.  On Alishan its long and complicated   An other lesson learned and now, the toilet  is working fine again.